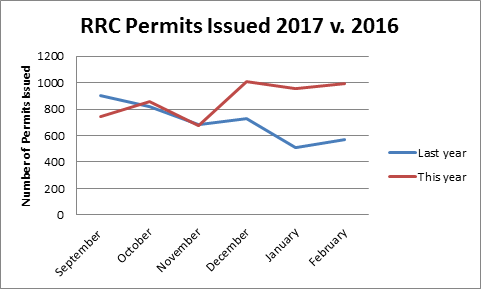 The monthly statistics published by the Texas Railroad Commission suggest that a noticeable industry rebound began in November of 2016. In December of 2016 alone, the RRC issued nearly 300 more permits than it issued in December of 2015. Increased operator activity was also noticeable in January and February of 2017, months in which the RRC issued nearly twice the number of permits compared to the same time period in 2016.